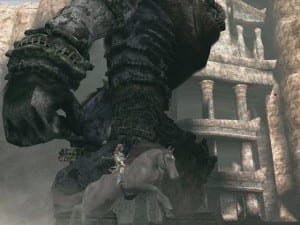 of the Colossus were finally getting an HD re-release on the PS3. Now, the lead designer of the two games, Fumito Ueda, has spoken up about the new versions of the game. Not only does he like what he sees, he calls it “overwhelming.”

“Both ICO and Shadow of the Colossus were designed with a huge depth of field in mind, demonstrated through the vast landscapes,” Ueda said. Although 3D technology wasn’t at the point that it is now, it was certainly something we considered. Now that the technology allows it, it gives the product even more ‘juice’ so to speak.”

Ueda, who is currently working on the highly anticipated Lost in Shadow, praised not only how the technology was implemented into his classic games, but how it will effect the industry in general.

The HD upgrades of Shadow of Colossus and Ico are expected out sometime in 2011.