Having seen the (so-called) documentary "I’m Still Here," I still don’t know for sure whether Joaquin Phoenix’s abrupt retirement from acting to launch a hip-hop career is a hoax, or if "J.P." is just off-balance, insulated and delusional.

I do know two things: 1. This film was made expressly so we’d continue to contemplate the question, and 2. After sitting through it, I’d be glad to never see Joaquin Phoenix again.

The particular Joaquin Phoenix character that this film concerns was first introduced in a 2009 appearance on Late Night with David Letterman. Dressed like a Blues Brother, with black suit and dark shades, he sported the long unkempt hair and bushy beard of a vagrantâ€”a sharp contrast to the chiseled jaw line featured in "Two Lovers," the film he had come, supposedly to promote. Instead of doing so, he announced to Letterman that he was retiring from acting all together, a decision he seemed surprised to have to explain or justify, and that he would be focusing his efforts on a hiphop career.

More surprising than this announcement was his complete lack of a sense of humor about it. Clearly sensitive to the idea that he might be mocked for his efforts, he appeared chilly and withdrawn, chomping on gum, speaking in monosyllabic mumbles and answering all questions about his last film or his future with sneering disdain.

Rumors that this was some sort of hoax, an elaborate publicity stunt, spread through the entertainment press immediately, and peaked when it was learned that Phoenix’s friend and brother-in-law, Casey Affleck was working on a documentary about his shocking career move.

The entirety of "I’m Still Here" thrives on the uncertainty. Like "The Blair Witch Project," "Borat," (the short-lived) "K-Street" and much of reality television, it’s about guessing which parts are real and which are staged, and working out the implications of each contingency. 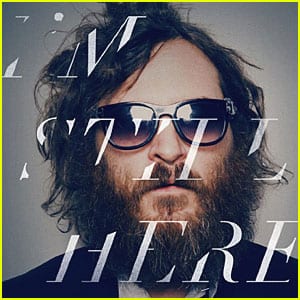 Phoenix is clearly as complicit as can be in this film, which begins and ends with pointed home movies from his childhood. He is always aware of the camera. The character he creates, or allows to be revealed, is appalling. Expending far more t energy passionately yet incoherently defending his hiphop career than making or practicing songs, he appears paranoid, boorish, overweight and overbearing. Affleck’s lens catches Phoenix abusing his entourage, overindulging in booze, weed and cocaine, ordering prostitutes off of the Internet, brawling with hecklers, vomiting backstage at a gig, and basically failing spectacularly and with naive surprise whenever he is presented with an opportunity for success or redemption.

The film doesn’t have much of an arch; It’s a pretty much a flat line of ugly flailing. The only thing keeping it alive is the ever-present questions: if this is real, how did it happen? Why would Phoenix allow himself to be shown in such an unsympathetic light? How can Affleck dare to profit off it? If it’s fake, what could be the point? Who is the joke supposed to be on? Where could Phoenix imagine himself going next?

No matter how these questions are answered, the problem with the film is that it fails the test of any piece of post-modern, conceptual art: is it still compelling without the artist’s statement? Is it as worth looking at as it is considering?