Electronic Arts and Hothead Games announced that a sequel to the PSN/XBLA action RPG DeathSpank is in the making. The sequel, called DeathSpank: Thongs of Virtue, will feature the same trademark humor as the original as DeathSpank journeys across war-torn lands such as the North Pole and the high seas to locate six mystical thongs and bring harmony to the universe. 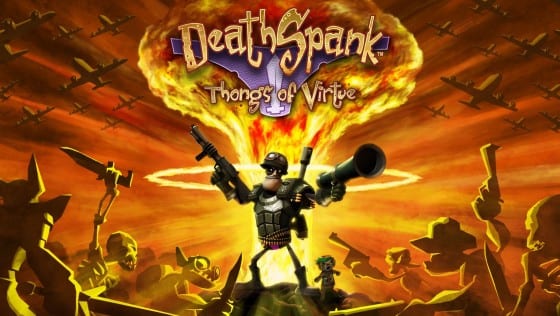 “Bigger, longer, harder — these were the words that drove us while we created the follow up to our introduction to the DeathSpank universe,” said Vlad Ceraldi, Director of Game Development for Hothead Games. “In T.O.V., we’re taking action RPG fundamentals and adding loads of new creatures, environments, weapons and characters, while continuing to push the envelope with our signature humor.” 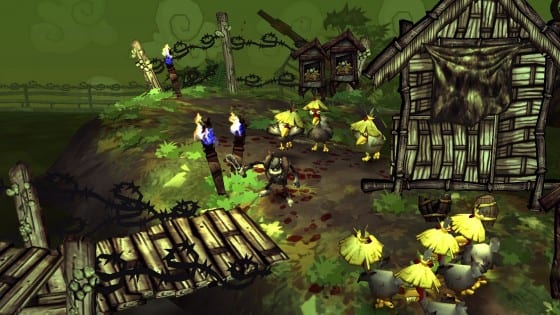 The titular thongs in the DeathSpank follow up were intended to bring balance and harmony to the universe, but when marketing intervened and reduced the planned number of thongs from nine to six, the result was disastrous. The six thongs DeathSpank seeks in T.O.V grant power to those who wear them, but they corrupt all that they touch, save for DeathSpank himself. DeathSpank’s ultimate goal is to destroy the thongs once and for all. Like its predecessor, DeathSpank: Thongs of Virtue will have a local co-op mode allowing a second player to play as one two sidekicks; Sparkles the Wizard makes a return, and for players who want to swap magic for Kung Fu attacks, DeathSpank’s new partner in crime Steve is also playable.

DeathSpank: Thongs of Virtue will be available for download on PlayStation Network on September 21, 2010 for $14.99, and for Xbox Live Arcade on September 22, 2010 for 1200 Microsoft Points. For more information on DeathSpank, visit www.deathspank.com.