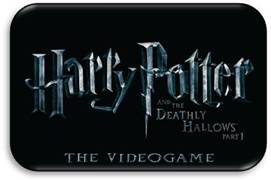 According to EA Play, the exclusive Kinect experience for the Xbox 360 version of the Harry Potter game will feature unique challenges. These challenges can be for either single or two player co-op, playing as Harry, Ron, or Hermione.

With all of the action in the upcoming Harry Potter game taking place outside Hogwarts for the first time, the game will feature hordes of enemies and “non-stop action,” according to Jonathan Bunney, Vice President and Head of Production at EA Bright Light Studios. The new game engine, built to utilize the full potential of HD consoles, will ensure high definition graphics and intense gameplay.

The Kinect experience is intended to allow players to get even closer to the action with the ability to cast magic through physical gestures. The co-op mode will feature a fluid targeting system leaderboard scoring to give the game a competitive edge, and will allow two people to fight Death Eaters simultaneously for the first time in any Harry Potter game.

Harry Potter and the Deathly Hallows – Part 1 will be available this autumn on Kinect for Xbox 360, PlayStation 3, Wii, Nintendo DS, PC, and mobile devices.