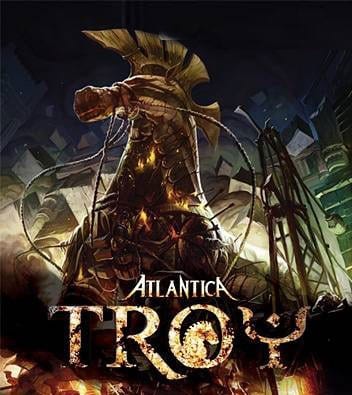 The new nation of Troy, a nation obsessed with razing surrounding civilizations, utilizes the Tactical Battle System (TBS), Atlantica Online’s latest evolution of turn-based combat. With the new TBS players will be able to command up to eight mercenaries, each featuring unique traits and abilities, in addition to their main character. Players will also be able to fight in Trojan War battles with as many as nine players per side and up to three characters under each player’s control, for a total of 27 warriors per side.

Strategy and teamwork will be key in the new battle system. Peter Kang, CEO of Ndoors, stated, “The introduction of more colossal battles requires players to better calculate and coordinate their attacks while fighting. By encouraging a more active approach to combat, we are further ensuring that Atlantica Online delivers strategy-minded gamers an electrifying experience.”

The new addition will also come with the My Home System, which will give players a place to keep their mercenaries to train, help them craft new items and rest after battles. The “home bases” will be customizable with a variety of furniture, wallpaper, and decorations.

For more information or to explore Atlantis, visit http://www.playatlantica.com/ao.