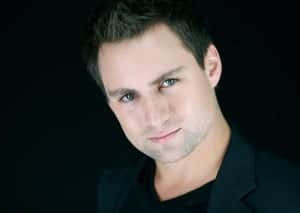 ABC’s "The Bachelorette" Season 6 was full of memorable moments and memorable catch phrases; "I will guard and protect your heart" just might be the next great pick-up line…or not.

Jonathan Novack, affectionately known on the show as The Weatherman, hasn’t had enough of the reality TV drama. He’s cast on ABC’s new show "Bachelor Pad," in which former "Bachelor" and "Bachelorette" contestants we loved and loved to hate come together to fight for love and money. Novack talks to "Blast" about the season’s scandals,  what he really thought about Ali, and if he regrets being a tattletale.

BLAST: Why did you decide to go on "The Bachelorette"?

JONATHAN NOVACK: A good friend of mine nominated me over a year ago.  I wasn’t sure if it’d be a good move in terms of my career [as a weatherman], but it was an experience that could possibly lead to me meeting my wife.  And the things we got to do, the dates we went onâ€¦I feel fortunate to have had that opportunity.

BLAST: If you could describe your experience on “The Bachelorette” as a weather-related event, what would it be?

JN: It was the perfect storm of drama, dating, alcoholâ€¦and tanning.

JN: I really did like her.  I think most of the guys did.  I think some of the emotions were heightened for a lot of us because of the nature of the show and the awesome dates. I’m sure there were a few guys who weren’t into her and still stuck around.  But overall everyone seemed pretty sincere.  If I was already having feelings after a few weeks, then I’m sure the guys who were there for the long haul had strong emotions brewing by the end.

BLAST: When you were kicked off, how did you feel? Were you really that invested in forming a relationship with Ali?

JN: I was definitely hurt.  The experience is so intense, you really can’t anticipate how attached you get and how quickly it happens. The dates are bigger than life, there’s a competition factor with the other guys and watching them go out with her, and Ali was simply a really great girl.  So yeah, it was tough to walk away.

BLAST: Do you think you can really find love on reality TV?

JN: I do.  Think about it like this: Out of all the "Bachelor" and "Bachelorette" shows,  there’s been success, meaning marriage, 10 percent of the time.  If someone told you that you had a 10 percent chance of finding your husband or wife in the next three months, that’d be pretty damn good considering we spend years looking.  So yeah, I think in one strange sense, it’s actually more likely. 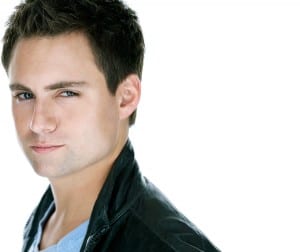 BLAST: What did you think about Justin and Frank’s “other women in their lives” situations? Did you have any clue that they were as scummy as they were?

JN: Justin is a huge scumbag.  I had no idea that he was the way he was.  I’m usually good about those things, so it was a surprise for me to find out — I just missed it.  I actually gave him the benefit of the doubt the whole time I was there.  But he was clearly there for his [wrestling] career.

As for Frank, it’s not as clear-cut.  I mean, he seemed like a very emotional and sincere guy.  I thought it was strange that he just immediately jumped back into a relationship with his ex, who he had broken up with however many months ago.  I would have thought they’d have to work some stuff out first.  But at the same time, he wasn’t cheating on two girls like Justin was.  And it’s possible that he was just emotionally confused.  I got to know him pretty well and I’d like to give him the benefit of the doubt on this.

BLAST: Was Craig M as much of a d-bag in person as he seemed on TV? What was with that hair?

JN: He was a pretty big jerk, but his hair was very polite.  If we could’ve kept just his hair around, things would have been okay.  Craig M actually started trouble with other people in the house, like Justin and Jesse B.  He tried to bait Jesse B into a fist fight for two hours one night, and producers had to keep pulling him away.  That’s when I said someone needs to speak up about this guy.  Would you want him dating your daughter?

BLAST: Do you regret being somewhat of a “tattletale” on the show?

JN: I don’t see it as being a tattletale.  I see it as respecting Ali’s wishes that the guys have her back.  There were a few other guys in the house that I didn’t like, but I didn’t go say anything to Ali because I don’t just talk trash about people like that.  I saw Craig M as a legitimate problem in the house, and potentially one for Ali.  I was just looking out for her.

BLAST: Why did you decide to go on another reality show?

BLAST: You aren’t a weatherman anymore. Why not? What are your upcoming plans? Are you still living in Texas?

JN: I finished up my contract at my old TV station in Houston in May.  I’ve been doing some stand up comedy, and I’m opening up at the Laff Spot in Houston on August 12-15.  I’m moving to Los Angeles at the end of August, and I’ll be doing auditions out there for TV.  I’m kind of like a free agent right now.
BLAST: If you were asked to be the next Bachelor, would you? Would you go on your own reality show like “The Weatherman’s Flood of Love” or something if you were asked to?

JN: Damn, you stole my idea; I’ll have to think of a new title.  If they asked me to be the next Bachelor I’d probably say yes.  Are there any petitions out there?