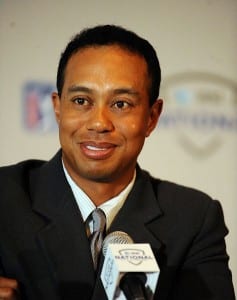 There’s no denying it: There are many women, and maybe even some men, who’d love to give Tiger Woods and Jesse James a piece of their minds. How could a family man like Tiger ruin his marriage? How could Jesse James cheat on Sandra Bullock with tattooed skanks? Both stars are blaming sex addiction for their infidelity. But is it that simple? Are they really sex addicts or are they chronic cheaters who are using it as an excuse? While it’s controversial in medical circles, some experts do believe that sex addiction is real. Although the American Psychiatric Association does not include sex addiction in its handbook, the Mayo Clinic asserts that 3 to 6 percent of American adults are addicted to sex, according to CNN.

Diana Kirschner, Ph.D., author of “Love in 90 Days: The Essential Guide to Finding Your Own True Love,” says sex addiction is a real disorder that is similar to alcohol or drug addiction. She explains that a love of sex crosses the line into an addiction when “the person repeatedly manages their stress, emotional disturbance, suffering, or other problems by turning to a sexual outlet to diminish their upset.” Specifically, she says that the six fundamental signs of sex addiction are the following:

Infidelity expert Ruth Houston, author of “Is He Cheating on You? 829 Telltale Signs," agrees with Kirschner. “Sex addiction is real,” she says, “but it’s not as common as cheating men would like you to think it is. After the fact, many cheating men use it as an excuse for their infidelity or as a way to justify their behavior.”

So are Tiger Woods and Jesse James really sex addicts? Houston has her own theories.

“I believe that Tiger Woods is a sex addict and that Jesse James is not,” Houston says. “The women Tiger got involved with were easily within his reach; he didn’t go out searching for them. They were strippers, night club hostesses, all people he came into contact with while out eating or while out on the town. Jesse went out searching for a specific type of woman; he knew what he was doing, and it was contrived on his part.”

Houston further explains that “Sex addiction means taking risks that a ‘normal’ person wouldn’t take. Look at all the risks Tiger took–he didn’t even bother to use protection, and he had all these incriminating text messages and voice mails. He didn’t take the normal precautions cheating men would take. He was going hog wild! He’s an intelligent man who should know better, but his sex addiction was overcoming his common sense. The sheer number of women he slept with is outrageous. He was most likely engaged in this type of behavior before his marriage, and he never stopped.”

So is it possible to forgive a sex addict for their destructive behavior?

“It’s possible to forgive only if the addict gets help,” Houston says. “It’s a good idea to try to make the relationship work. There’s no ‘one size fits all’ when dealing with infidelity. Every woman needs to think for herself.”

Girlfriends and wives of cheaters often have “flashbacks,” which is the most difficult part of forgiving a cheater, says Houston. For example, when a cheater is on his cell phone, his wife wonders who he’s speaking to; when he’s away, she wonders what he’s doing. And it’s not so easy to forgive when mistresses keep popping up on magazine covers and TV shows spilling the details of perverted texts sent by the cheater.

As for Jesse and Tiger, they have both been kicked to the curb, as both of their marriages are ending in divorce. Houston blames the media in part for the couples’ inability to reconcile.

“Because of the media, their marriage problems were in their faces. It’s hard to put issues behind you when the media won’t let it happen,” she says. “If their marriage issues had not been public, these two couples may have been able to overcome this.”