It’s been a long time coming, but in the past year or so, Rush, one of the most influential rock bands in history, has finally gotten their due. From their hilarious appearance on the Colbert Report, to their amazing documentary, to the Canadian trio’s “it’s about fucking time” article in Rolling Stone magazine, one could say that Rush FINALLY have hit the mainstream.

Well, if you still doubted the influence of this amazing, underrated, oft mocked band, let this news be further proof of their popularity. Guitar Hero: Warriors of Rock will feature Rush’s classic album, 2112, in the game’s all-new, story based Quest Mode. 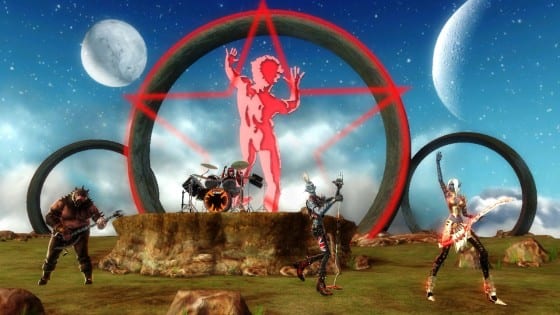 “The music, the story and the journey of 2112 lends itself perfectly to the quest in Guitar Hero: Warriors of Rock,” said Geddy Lee of Rush. And guitarist Alex Lifeson added, “I love the idea of Guitar Hero, they have combined two great things- music and fun. I think it’s a great way to introduce people of all ages to music of various styles by all kinds of different bands, while providing a launching pad for kids who want to get into playing music.”

Within the narrative-driven journey, Rush and Guitar Hero fans alike will experience 2112 in a totally new and authentic way, while traversing the exclusive three-part 2112 Rush-inspired venue and playing their way through the 20 minute, seven part suite. Additionally, each song transition will feature band members narrating liner notes from the 2112 album, which might just be the coolest shit, ever.

Guitar Hero: Warriors of Rock, hits stores this September.
More info can be found at: GuitarHero.com