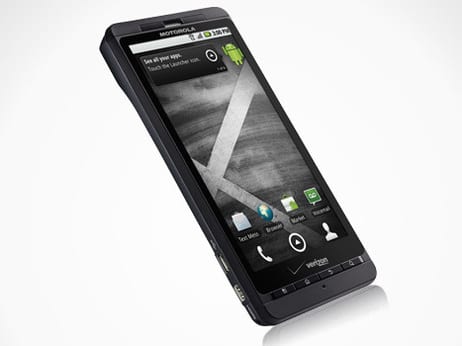 With assorted Droid phones seemingly hitting stores every month or so, purchasing a smartphone (if your service provider is either Verizon or Sprint) has all of a sudden become much like buying an automobile or a desktop computer. Meaning, as soon as you take it off of the lot or walk out of the store, it’s almost immediately replaced by something infinitely better.

Well, fear not, owners of the HTC Droid Incredible. The Droid X isn’t that much better than what you already own. In fact, to me, it’s not even close.

Now, don’t get me wrong, (and not to sound like a hypocrite) the Droid X is a technically superior phone to the HTC Incredible. It features more storage space (up to 40GB compared to 24GB) slightly better resolution (854 x 480 to 800 x 480) image stabilization, better battery life, and an HDMI output. The X also has a bigger screen, too; the 4.3-inch touchscreen (with Swype, but you can now install that on the Incredible) beats the Incredible’s 3.7 inch screen. And while that doesn’t sound like it’s THAT much bigger, it is. Trust me.

Silly as it may seem to some, it’s the aforementioned size difference that’s really the reason I can’t say I’d buy the Droid X. To me, it’s like trying to carry around a dinner plate in your pocket. I can’t stress this enough.
IT’S HUGE.
I know it’s just my personal preference, and I realize that smartphones are going to get larger just based on added “bells n’ whistles”, but I still want to use something that is the size of a normal cellphone. While trying to talk on the Droid X, I constantly found myself trying to get comfortable while using it, and I just couldn’t. Also on a device this size, it’s next to impossible to click on anything in the top left corner (missed calls, messages, Tweets) with your thumb, unless you’ve got giant “man hands”. 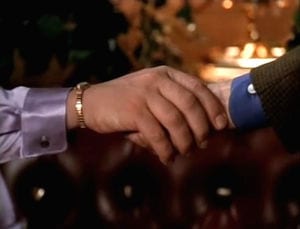 Speaking of which, I purposely let my girlfriend use the Droid X for a few days (and no, she doesn’t have “man hands”) just to see what her reaction would be, and she returned it to me after one day saying, “I think it’s pretty, but it’s too big for my hands.”
If only she could say the same about yours truly. *sigh*

So, what if the size of the Droid X isn’t an issue for you? Well, while I personally don’t know anyone (no matter how tech dorky they may be) who would hook up a smartphone like the X to their television to watch a movie more than once or twice, perhaps that’s something you want from your phone.
Me? I just want fast internet access, clean and clear reception, some fun apps, a decent camera, and a high res screen. Yes, the Droid X features all of these things, but it just feels like there’s too much going on with this thing. Again, I still want to feel like I’ve got a cellphone in my pocket, rather than a laptop that makes phone calls.

The bottom line? Despite it’s enormous girth, the Droid X is a very powerful device. You get Verizon’s top notch service, and yes, it’s got much better multimedia features than the HTC Incredible. However, if I was forced to choose between this and the Incredible, I’d much rather plunk down my $200 on HTC’s gem of a smartphone.

For the full specs on Motorola’s Droid X, click here.