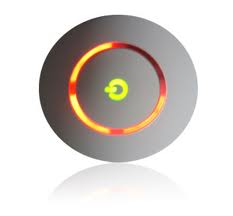 Like most pandemics, the chances are that if you haven’t experienced the infamous “Red Ring of Death” on your own Xbox 360, you probably know someone who has. But, with the new Xbox 360 Slim on the market, it seems that the RROD issue may soon be a thing of the past.

The new, slimmer console has undergone several component changes that would drastically cut down on overheating. These changes are on a bigger scale than any previous revisions. For example, the Xbox 360 Slim features a single chip with CPU, GPU and eDRAM, where previously these components were on two separate packages.

The end result with using a single chip is that it now only needs one heat sink and one fan. It also doesn’t hurt that the new system’s power consumption is about 50% less than the original. If you want all the nerdy, utterly technical details, see Anandtech‘s breakdown of the Slim’s interior anatomy.

The potential end of the RROD’s reign of terror on gamers is such good news it’s a wonder Microsoft hasn’t talked up this aspect of the Xbox 360 Slim more. Maybe they were holding out until they could book the Blue Man Group for a performance art piece on the subject?