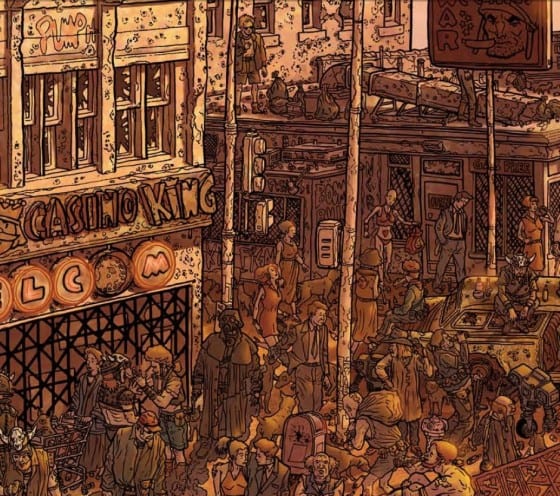 One of the most highly anticipated games to be released this fall, is Fallout: New Vegas. Well, the game’s publisher, Bethesda Softworks has announced that “All Roads”, the hardcover graphic novel which tells the story of some of the characters and events that lead up to the game, will feature cover art created by legendary illustrator and comic book artist Geof Darrow with colors by Peter Doherty. The graphic novel also features art by Jean Diaz (Incorruptible) and Wellinton Alves (Marvel’s Shadowland: Blood on the Streets, Nova) What you’re looking at above, is a sneak peek of the cover.

Exclusively available in the Fallout: New Vegas collector’s edition, “All Roads” was written by Chris Avellone, the game’s creative director, and created in conjunction with Dark Horse Comics. The game can be pre-ordered now through participating retailers, and will be released on October 19, 2010.