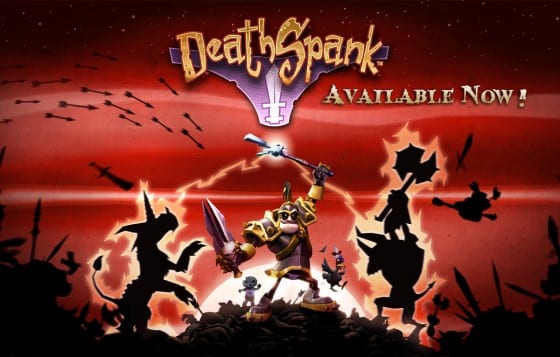 In case you haven’t logged on to Xbox Live or the Playstation Network this week, Electronic Arts and Hothead Games have made available a new game called DeathSpank.

DeathSpank is an action-RPG, which blends epic storytelling, addictive gameplay, a whole lot of humor, and randomly enough, evil chickens. The game was developed under the direction of Ron Gilbert, who’s otherwise known as the guy who created the amazing (and hilarious) The Secret of Monkey Island series, so I’ve got to imagine that it’s on-par with some of those great games.

“While DeathSpank is definitely one of the funnier games out there, it’s more than a one trick pony,” said Vlad Ceraldi, Director of Game Development for Hothead Games. “We’ve built a game with fast-paced, addictive combat set in a world that has a tremendous amount of depth that is filled with dynamic characters, colorful environments and tons of cool weapons and loot. And yes, we still have ponies too– trick ponies!”

DeathSpank is rated “T” for teen, and is available now via the PS Network for $14.99 or on Xbox Live Arcade for 1200 Microsoft points.
For more on DeathSpank, please visit, www.deathspank.com