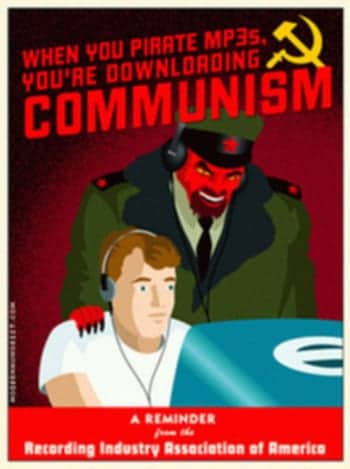 As someone who’s been in and out of the stupid radio business for the past 11 years, I know all too well how sketchy and awful that the Record Industry is. Not to mention, stupid. Then again, you don’t need me to tell you that. I mean, these are the same dope who decided to trash Napster instead of embracing it. Since they’ve realized this costly error, they’ve responded with outlandish lawsuits against people who’ve illegally downloaded songs. Suing people for hundreds of thousands of dollars that nobody could possibly ever be able to pay off.

Well, score one for the little guy, as a Federal Judge just slashed the hell out of the $675,000 in damages that B.U. grad student Joel Tenenbaum owed to four record labels, for illegally downloading 30 songs.

Sure, he still owes a bunch, but it’s also kind of a nice “fuck you” to the Record industry, too.

Full story on Boston.com, after the jump.