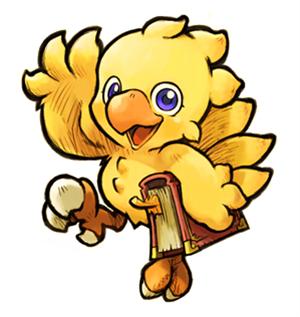 Yup, you read that header correctly. Square Enix announced Chocobo Racing 3D for the Nintendo 3DS, for release later this year on the “also just announced this week” system.

Chocobo Racing 3D will feature many characters from the Final Fantasy series, but other than that, there’s unfortunately not a whole lot of info on the game. However, based on the old PS1 Chocobo Racing, I’d expect that this title is pretty much like a Mario Kart clone. Although, according to a press release from Square, “The game will feature exhilarating, speedy racing that can only be experienced through 3D.”

Well, if that vague quote didn’t get you Square fans fired up, then how about this?

They’re also going to be releasing a brand new Kingdom Hearts 3D game for the Nintendo 3DS as well! Unfortunately, there’s not much info on this game either, other than the announcement.