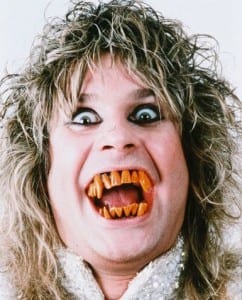 Just in time for the release of his new album “Scream”, Ozzy Osbourne will be making his Rock Band debut on Tuesday, June 15th, with a six-pack of songs in the Rock Band Music Store of downloadable content for the Xbox 360® video game and entertainment system from Microsoft, PlayStation®3 computer entertainment system and Wiiâ„¢.

"It’s great to bring my songs to Rock Band, especially material from the new album, Scream," said Ozzy Osbourne. "I hope Rock Band players around the world are ready to have their living rooms invaded by me!"

The songs in the six-pack will span Ozzy’s illustrious solo career. From his latest and 10th studio album, Scream, are "Diggin’ Me Down," "Soul Sucker" and the album’s first single, "Let Me Hear You Scream." These songs are available exclusively through Rock Band until the album’s release June 22. "I Don’t Wanna Stop" from 2007’s Black Rain, "Crazy Babies" from 1988’s double platinum No Rest For the Wicked, and "No More Tears" from the 1991 four times platinum album of the same name, will also be featured as downloadable content in the Rock Band Music Store.

“Harmonix and MTV are excited to bring Ozzy Osbourne’s epic music to Rock Band,” said Paul DeGooyer, SVP, Electronic Games and Music, MTV Networks. “It’s very cool that Ozzy fans will get to experience both his classic and very latest songs through our platform.”

Oh, and if this isn’t all enough for you Ozzy super fans, MTV is celebrating Ozzy Osbourne’s debut in Rock Band across its television channels, including the following:

·         MTV2: Ozzy will host a special edition of Headbangers Ball and You Rock the Deuce, airing the week of June 20