2010 FIFA World Cup South Africa has predicted that Spain will be the team taking home this year’s honors. If that does turn out to be the case, it will the first time ever for the Spanish who have a reputation for World Cup flops. They have made 12 appearances and never quite gone the distance. EA Sports has predicted reliable upsets before, however, the most recent being that the Saints would beat the Colts in the Super Bowl earlier this year. This, of course, happened and the city of New Orleans was able to enjoy a few months of fleeting joy before the horror show that is the Gulf oil spill came along and ruined everyone’s life there once again. 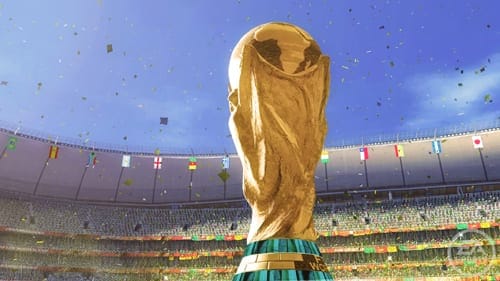 “The Final itself was an epic battle as Brazil put on a dazzling display of free-flowing samba style soccer early on against the Spaniards, taking a 1-0 lead in the 30th minute with a Felipe Melo strike from just inside the box. It didn’t take long for Spain to level the score after a goalie error that left striker David Villa in the clear. He tapped in his 6th goal of the tournament in the 42nd minute.  The second half saw fortunes turn in favour of Spain, as their disciplined build up play and domination of possession paid off with a goal in the 61st minute when Villa connected for his second goal of the match, off of Andres Iniesta’s driven cross.  Brazil had several efforts on goal in the final third of the match but couldn’t capitalize on its chances as they pushed all players forward in an attempt to draw even, eventually conceding a splendid counter attack goal in the 88th minute from Cesc Fabregas, which delivered Spain the 2010 FIFA World Cup.”

It’s a lot harder to predict the winner of a tournament than it is a single game, so we’ll see how it all plays out on June 11 when the real World Cup opens. EA gets a lot of these right, which speaks volumes about the depth and sophistication behind their amazing sports titles. They predicted in April that the Blackhawks would win the Stanley Cup, but against the Penguins and not the Flyers. Regardless, the Blackhawks are leading the series which means EA has a very good shot at having called the Stanley Cup winner before the start of the playoffs so…