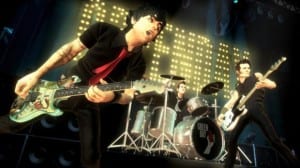 While Rock Band (and games of that ilk) are without a doubt not as popular as they were just a couple of years ago, many gamers are still anticipating the release of  Green Day: Rock Band, due out next month for the Xbox 360, Ps3, and Wii.

Well, as of today, your wait for this games release just got a little easier, as Harmonix and MTV Games made a demo of Green Day: Rock Band, available for download on both Xbox Live, and Sony’s Playstation Network Store.

The free demo features full, playable versions of “Welcome To Paradise” and “Boulevard of Broken Dreams”.