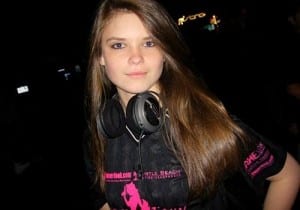 Even in 2010, it’s still pretty much a given that playing video games is thought of as a predominantly male pastime.

Hell, even the most popular video game characters are mostly male.

For whatever reason, female gamers are marginalized, and often mocked. However, thanks to the increase of notoriety of serious female gamers like The Frag Dolls, the voices of the ladies who love to game is growing stronger every day.

Dana *ahem* excuse me, J for Jade, took some time to answer some of my questions about getting on to the show, and what it’s like to be a hardcore female gamer.

BLAST: When did you REALLY get into gaming seriously, and what was the game that got you hooked? 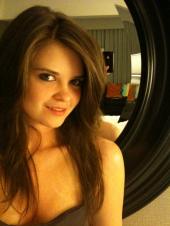 DANA PIRKLE: Gaming has always been apart of my life, growing up with 5 older brothers, but when my gaming career seriously was around 2005. I was 16, an attended my first ever tournament for Halo 2. I am an avid Halo gamer and when Halo 2 became a huge nation wide game for tournaments, my gaming career changed completely. I dove immediately in to the gaming industry and never looked back.

BLAST: How did you get chosen to participate in the WCG?

DP: Before the airing of WCG Ultimate Gamer Season 1, I had the opportunity to meet WCG Prod1gy x through Empire Arcadia (gaming organization). He was Season 1’s second place finalist and shortly after the air of the show I met Dante, who was also another cast member from the show. Once I met them and watched the entire Season 1, I was determined to make it on the next Season, so I kept up with WCG until they released news about the Season 2 casting calls in my area.

BLAST: Any story behind your tag “J for Jade”?

DP: Yes. The name mainly originates from a Mortal Combat character and because my favorite color is green. Although, what sparked me to get the name “Jade” was because I had a close friend to me online named Jaded and it seemed to fit.

BLAST: What do you think of games that are marketed specifically at girls? Such as fashion and dress up games?

DP: I consider them to be more for the casual female gamer, but I would also encourage girl gamers to reach out to more games that they maybe interested in. Although, I do on occasion love playing the Sims 3, I also believe that many other female gamers would enjoy getting involved with FPS, RPGs, RTS, or other games rather than dress up. With that being said, I believe the gaming industry shouldn’t target female gamers as just being casual and only enjoying fashions games.

BLAST: When you play games online, how are you treated?

DP: Normally, I try to play with people I know and enjoy playing with or other female gamers like myself, but I do get a lot of harassment. Just by being a female gamer in a room with all random guys, there is always a point to where someone has to make a rude comment just because of my gender. But once I show them my skills and give them a beating of a life time. They don’t have much else to say.(laughs)

BLAST: As a follow up to that, I’ve noticed some of the comments on your voting page. Why all the hate? And is there really a jealous ex that’s trying to sabotage you?!

DP: Probably, I’m not really all that sure. I figure its other gamers who are jealous of the fact that they want to be on WCG Ultimate Gamer, but I am not letting it get me down. There are always haters in the gaming community and you just got to be the mature one and not let it get to you. I have been around the gaming community for quite some time and the drama that surrounds it has become over rated.

BLAST: What do you think of the Frag Dolls, and the image they portray?

DP: I personally think the Frag Dolls are doing good things in and outside of their community. They are helping portray a better image for female gamers and I am always supportive of other females, organizations, and communities that work for the same common goal of female gamers.

BLAST: If you win this thing, what’s next for you in the world of gaming?

DP: I first would like to further my education in college and hopefully one day get my masters, but a portion of my success by winning WCG Ultimate Gamer Season 2 would go to attending more tournaments, conventions, giving back to children’s help organizations (such as Gamers for Giving), and getting more females involved with the gaming industry to work on making female gamers a norm in society.

BLAST: Last (and somewhat silly) last question. As an attractive female gamer, let’s say that you’re hypothetically in a relationship with another gamer like yourself. If he asked you to dress up as your favorite female video game character, who would it be?

DP: Probably, Bayonetta. That game was badass! Plus, she is sexy and can kick anyone’s butt!

Wow. Looks, smarts, AND can house people in Halo?

J for Jade is going to make someone very, very happy someday.
Either that, or she’ll own your n00b ass online someday, and you’ll learn to respect the lovely ladies of gaming.

Either way wish her some luck, or better yet, vote for her to be the finalist on WCG Ultimate Gamer 2.