You may remember a few weeks ago that Valve announced Portal would be free for roughly two weeks to coincide with the launch of Steam for Macs. Well, since that announcement the game has been downloaded over 1.5 million times proving unsurprisingly that people really love free shit.

The free offering of Portal is a huge boon for Mac fans who may not have had a chance to play the game on other platforms and now get it for nothing – and the rare PC gamer who has not played Portal. Portal is one of the coolest games I’ve ever played and it’s truly original in a way that I can hardly compare to any other game that I know of. It is a definite must-play and I don’t say that about many games anymore just because the market is so flooded. For me Portal falls into the category of real art because it takes the player on a fantastic visual and emotional journey that enlightens as it thoroughly entertains – and it does so with such a subtle brilliance that you might even tear up a little.

While you have to love Valve for doing this, it really is the best possible marketing tool for Portal 2. How better to stoke the fervor for a full-blown sequel to what was basically an experiment, than to let everyone they can in on the original experiment. Valve knows how good Portal is. They are smart enough to realize if they give you cake now, you will need the cake again on Dec 31 when Portal 2 is set to release. 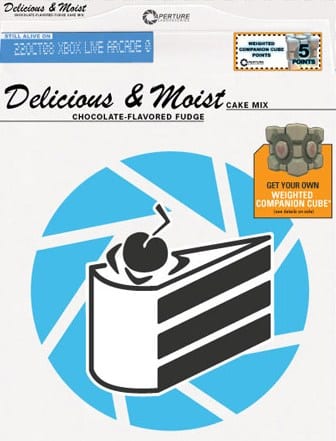