“A lie is a lie. Just because they write it down and call it history, doesn’t make it the truth,” reads a nameless narrator in the first full-length trailer for Treyarch’s Call of Duty: Black Ops. 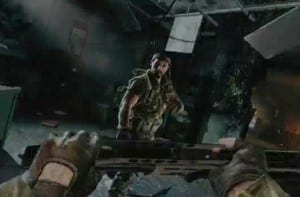 The trailer, composed entirely of gameplay and clocking it at a hefty 1:42, is one impressive feat, serving its purpose of sticking in your mind past the time you spent watching it.