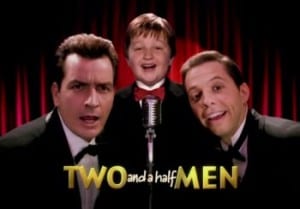 So much for all those rumors that he was done and it was done.

Charlie Sheen has signed on for at least two more seasons of the comedy “Two and a Half Men,” according to reports.

And not only is he not leaving the show, he’s being paid more than any other actor. Variety reports that Sheen will become the highest paid person on television when he gets $2 million per episode next season.

“To put a fitting end on the 2 1/2 months of whirlwind speculation, I’m looking forward to returning to my CBS home on Monday nights,” Sheen, 44, said in a statement.