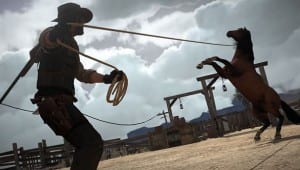 Rockstar has pushed its title through the rigors of hard-hitting marketing and their efforts culminate next Tuesday at midnight, when the title officially gets released to the masses.

Like many blockbuster titles, Red Dead: Redemption is receiving the midnight launch treatment, allowing dedicated gamers the ability to purchase the $59.99 disc as early as possible. 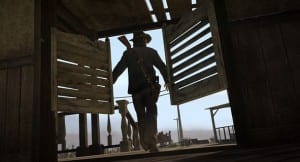 The title will release at midnight on May 18 at Wal-Mart, GameStop and Best Buy locations nationwide, and thankfully, Rockstar has assembled a widget of sorts that aggregates a list of locations where the game will be sold the second after 11:59 p.m.

I’ll be at the midnight launch event in my area and will slog through some of the game’s campaign before jumping into RDR‘s quite alluring multiplayer component. If you’d like to join my posse and wreak some havoc by my side, add me as a friend on Xbox Live at the GamerTag “eddie not eddy” (spaces included).

Red Dead Redemption Midnight Launch Info Across the US