Last week, silhouette images of the Pokemon Black and White starters hit the Internet, but no one knew who the mysterious three actually were. 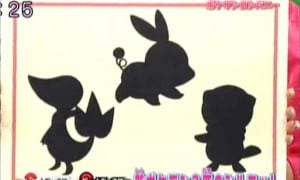 Thankfully, today the veil has been lifted and we’ve learned that Tsutaja (fire), Pokabu (water), and Mijumaru (grass) are the starters for the fifth generation iteration of the famed Pokemon series.

Now, we have no way of knowing which one is which, and we expect the names of each to be localized when the game hits North America, but hey, it’s something, isn’t it? 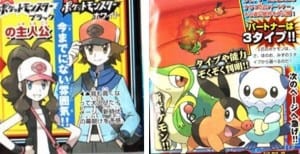 Ah, there they are!