From the makers of Time Gentlemen, Please! comes Privates, the first game set in a vagina, arriving for Xbox 360 and PC later this year.

The game, a cartoonish, mini-title, set inside the butt and vaginal glands, is best described by its maker Zombie Cow Studios as a game  “in which you lead a teeny-tiny gang of condom-hatted marines as they delve into peoples’ vaginas and bottoms and blast away at all manner of oozy, shouty monsters.”

Look for the game later this year on both PC and Xbox 360. For now, stare at these odd screenshots, depicting the mayhem to be had in Privates.

Read up more on the project at the game’s official page (if you want). 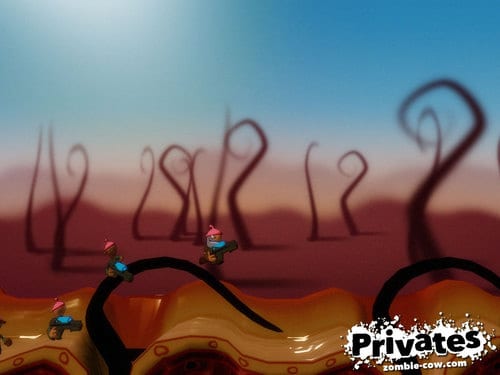 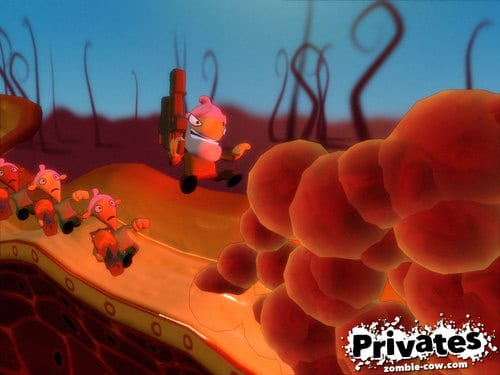 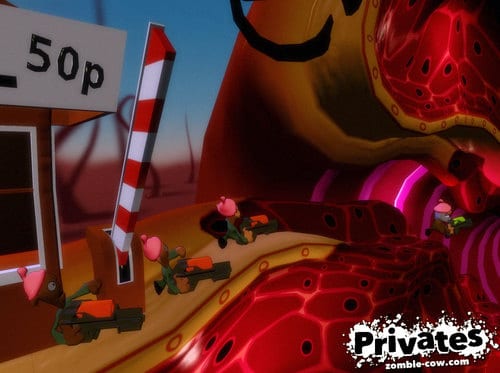 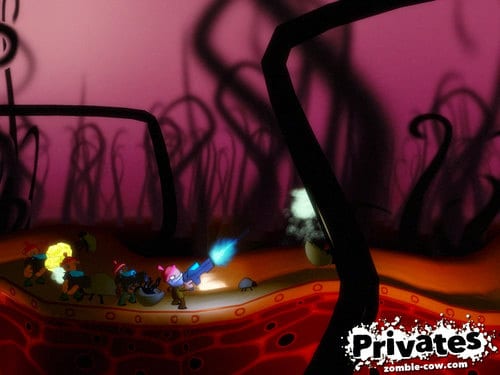 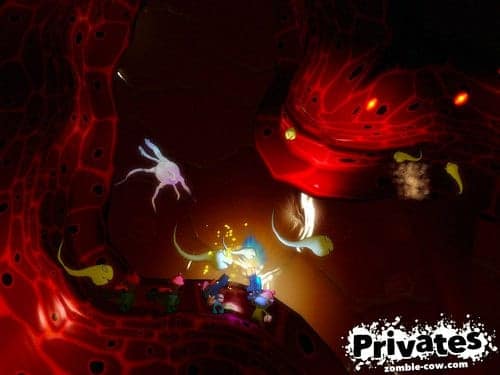