Those looking to take their role-playing-game lust (in games, not sex) to the highest of levels can do so with the Fallout: New Vegas Collector’s Edition. 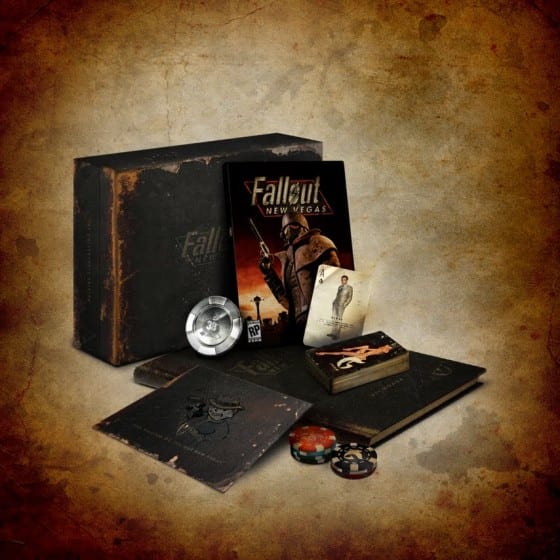 Bethesda today revealed the premium package and all it’ll be composed of when it releases later this year for PlayStation 3, Xbox 360 and Games for Windows.

Bundled in the pack with the game are themed items from the game world including Lucky 7 Poker Chips, a Fallout: New Vegas deck of cards, a recreation of the game’s elusive Lucky 38 Platinum chip, a hardcover graphic novel titled “All Roads” penned by Chris Avellone (the game’s creative director) in association with Dark Horse Comics and a “Making of Fallout: New Vegas” DVD.

The Fallout: New Vegas Collector’s Edition will run you a hefty $79.99.