With the incredible success of last year’s Call of Duty: Modern Warfare 2, you would have never thought the development studio behind the game, Infinity Ward, would want to do anything more than create the next game and swim in even deeper piles of 20s. But it wasn’t the case. 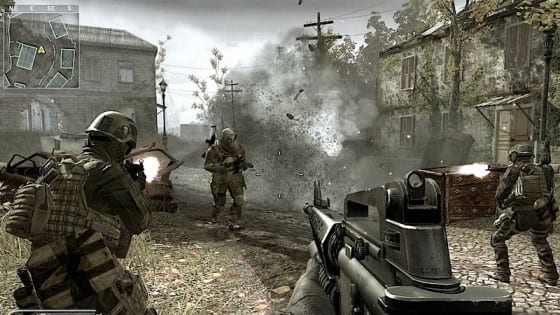 In fact, Activision fired Infinity Ward founders Jason West and Vince Zampella and in the ensuing months, the duo formed their own studio, Respawn Entertainment (under the banner of rival Electronic Arts), and dozens left Infinity Ward for it.

In all this time, we’ve heard sprinkles of sentiment from Activision and EA executives, but today, Activision president and CEO Robert Kotick issued a lengthy statement, detailing the move to fire the two, the ensuing fallout and why the Call of Duty brand can never die.

Since we terminated the two executives at Infinity Ward, approximately 35 others have resigned and it is likely that a few more people will leave, as well. Many of these people have been recruited by other studios because of how talented they are. We are obviously disappointed about this and we wish we could have convinced some of these incredibly talented people to stay.

The decision to terminate the two Infinity Ward executives was not done lightly. It was not done to deprive them of their bonuses, nor was it done without a great deal of deliberation about the consequences.

The background leading up to our decision to separate the two former Infinity Ward executives for breach of contract and breach of fiduciary duty is outlined in our cross complaint that we filed in April, which I’m sure many of you have read.

Against this background, we felt we had no choice but to terminate the two Infinity Ward executives. We did this to protect the company’s assets and the interests of our shareholders. I personally considered the two of them friends and their conduct was a compromise of our friendship, which was equally disappointing. Once we began to understand what had occurred, there was no gray area. There was nothing that would have allowed us to retain their services, as talented as they might have been.

This is an example of our commitment to pursuing the difficult right, rather than the easier wrong. Our actions were firmly rooted in our longstanding values of integrity and an expectation that our employees, who signed and acknowledge our code of conduct, will behave with the highest ethical standards.

We have a great team in place at Infinity Ward, which continues to work on downloadable content and the studio’s next unannounced project. We continue to support the culture of excellence that has defined Infinity Ward and we’re already strengthening the studio with additional talent and financial resources.