As video games continue to expand, popular film and television actors are finding their way to the small screen to lend their voice boxes to the imaginative worlds we play in. 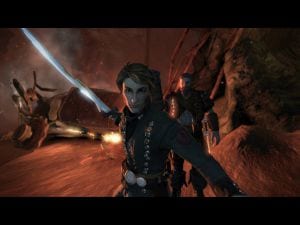 Speaking with games site Computer and Video Games, Kingsley confirmed his role as “King of Mist” in the game and spoke further about the medium.

"I’m a voice in a new video game shortly — Fable III. I’m a wonderful wizard character who is the king of Mist Peak," adding "It’s very energising and good for us actors to realise that [acting] is so diverse now. [Games] are as big a jump now as I suppose when cinema was invented, when people went from the stage to the cinema thinking: It’s not really acting, is it? Now, it’s video games — and it is acting. It’s very demanding."

Other confirmed voice actors for the project due out by year’s end are Stephen Fry, John Cleese and Jonathon Ross.