While the full retail game doesn’t come to Xbox 360 and PS3 until May 18, the publisher has DLC planned and ready for release in June.

It’s called Outlaws to the End and it’s a co-op themed package, that’ll be free when it releases in June on the PlayStation Network and Xbox Live simultaneously.

It’s composed of six multiplayer missions that have players doing everything from riding a raft down a riving guns blazing to storming Mexican army gates and taking control of a mining camp full of gold…that’s rigged to explode!

“Multiplayer in Red Dead Redemption offers players a whole new way to encounter the massive open world we’ve created, but we felt the experience would not be complete without co-op game play,” said Sam Houser, Founder of Rockstar Games. “With these missions, we wanted to create new ways for players to share in the experience of engaging with this amazing landscape.”

Check out the DLC’s first screenshots below and read more on the DLC at the Rockstar Newswire. 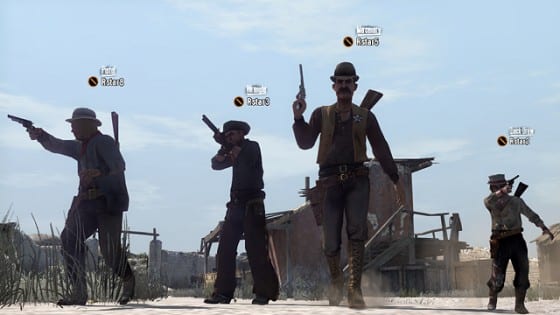 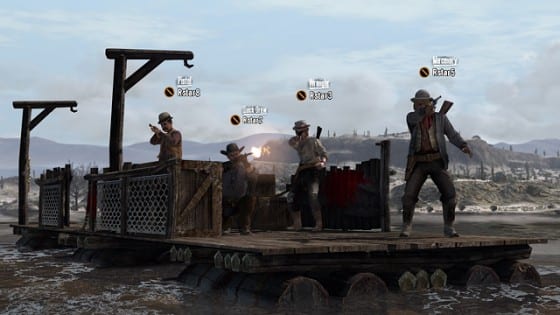 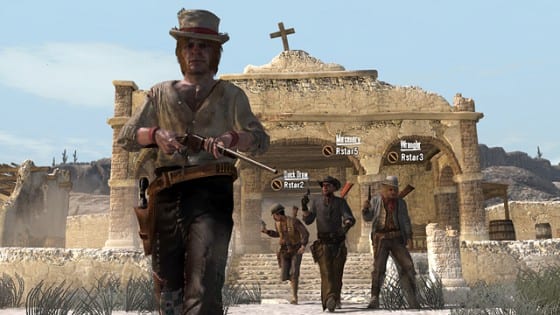