The 2010 Spring Xbox 360 Arcade Bundle is, reportedly due out later this week, and will sell for $200 when it does release. 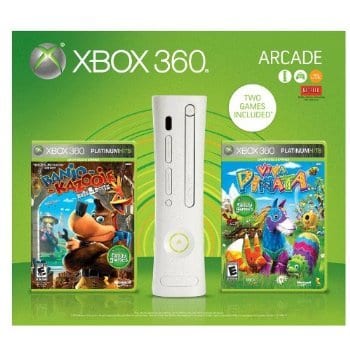 The bundle includes an Xbox 360 Arcade system, which has no hard drive but 256 MB of internal storage, as well as a controller and two Rare games.

Inside the box will be the family friendly Viva Pinata and the adventure game Banjo Kazooie: Nuts & Bolts.

Both games received high critical marks when they released, making this bundle, for new Xbox 360 adopters, highly accessible and exciting.

GameStop has the bundle pegged for a May 5 release and Amazon at May 7, both dates this week.