Fallen Earth, co-developed by Icarus and Fallen Earth LLC, released in September of 2009 and James Hettinger, CEO of Icarus Studios, made the announcement on its official website recently, expressing the situation.

“The steps were taken to maintain the growth, continued development and profitability of Fallen Earth,” the statement read. 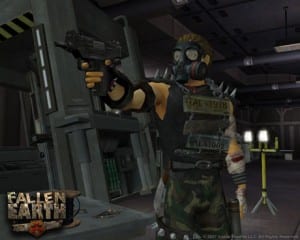 The two companies will keep core staff, but the total number of employees has dropped from 110 to 35.

Jessica Orr, marketing manager on the project, speaking with Massively, said “We have a core team comprised of folks from the departments, and we’re eager to push forward on our goals and milestones.”

I guess it’s hard to make money in the MMO genre with this guy always looming in the shadows.