This year’s list of the world’s most influential people according to TIME magazine includes the famed creators of Penny Arcade, Jerry Holkins and Mike Krahulik. They are also the founders of PAX (Penny Arcade Expo) and PAX East – gaming shows which have become some of the largest and most influential in the industry.

What started in 1998 with a simple comic strip, has evolved into a multifaceted gaming empire that includes the comic/website, a web show called Penny Arcade TV, the incredible – always fan-focused – PAX shows and an amazing charity, Child’s Play, that delivers games to sick kids around the world.

Today, Penny Arcade has over 3.5 million readers and the duo behind it show no signs of slowing down. Congratulations, gentlemen! 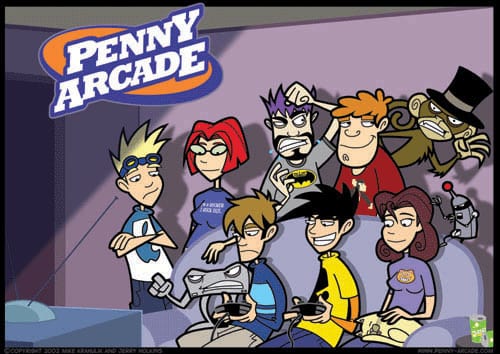