Black Rock Studios developed the racer and the demo exploded onto the Xbox Live Marketplace today. It’s due out on the PlayStation Network in a couple weeks on May 11. 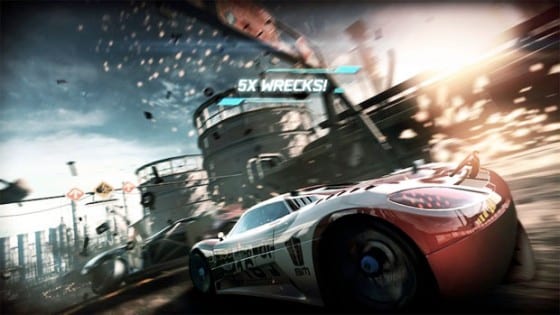 In the demo, you can race around the Airport Terminal Map, the environment shown to us at PAX East last month.

Let it be known, while I did not overtly proclaim my favorite game I had hands-on time with at the show, I will now. It’s Split/Second.

The game is all about creating Hollywood-esque explosions to disrupt your racing foes on the track, but you already know that, because you read our PAX East hands-on coverage…right?