Believe it or not, Middle Earth has been ravaged for three years. The Massively Multiplayer Online Role Playing Game, launched April 24, 2007 has been a smashing success for developer Turbine, seeing grand success recently.

"It’s been another incredible year of growth for LOTRO and Turbine highlighted by critical and consumer acclaim," said Jim Crowley, President and CEO of Turbine, Inc.  "Since its launch, LOTRO has consistently been named Game of the Year by leading MMORPG sites and the overwhelmingly positive response to the game from millions of players who have adventured in Middle-earth has firmly cemented the game as one of the world’s premier online entertainment experiences.  The game’s player base grew over 15% over the past year and our anniversary is a chance for us to celebrate with our past and present players to enjoy everything that is special about Middle-earth and thank them for their wonderful support with some special subscription options."

To celebrate, Turbine is offering gamers a chance to play the game at a discounted rate as well as offering in-game bonuses in drops. 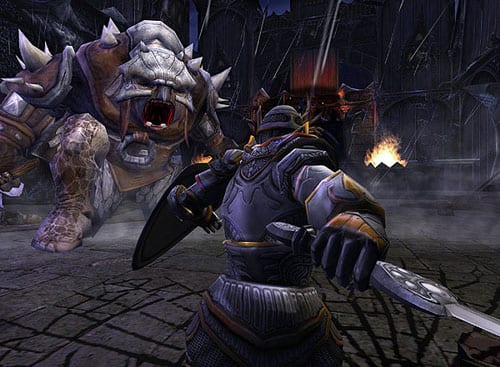 Also, when you slay the multitude of Middle Earth mutants, they’ll drop rare items which you can trade for a special gift box full of useful items.

And, Turbine is giving new, current or returning players the Writ of Virtue, a passive skill that provides 20% discounts at Bards throughout Middle Earth.

If you’ve got the time and the desire to wreak havoc on Middle Earth in the MMO, there doesn’t seem to be a better time than now to do so. You’re waiting for what?