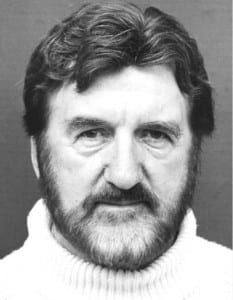 Stage, film and television actor Shay Duffin, known among moviegoers for his roles in Raging Bull and Titanic, died on Thursday at UCLA Medical Center from complications related to heart surgery. He was 79.

Mr. Duffin was born in Dublin and wowed American and Canadian crowds for years with his one-man shows: “Brendan Behan” and “The Importance of Being Irish.”

He also toured with a stage production of James Joyce’s “The Dead.”

Mr. Duffin played the bartender in “The Departed,” and he had roles in “Raging Bull,” “Titanic” and “Beowulf.”

According to California Artists Radio Theatre, Mr. Duffin’s final performance was on March 17, during which he sang and acted in a production of "Hyacinth Halvey," by Irish playwright, Lady Augusta Gregory.