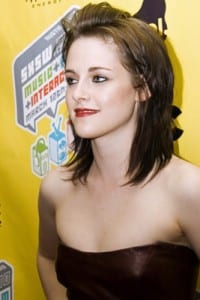 Well this is interesting.

Director Tumor Bekmembatov is looking to Kristen Stewart, of “Twilight” fame, to replace Angelina Jolie in a “Wanted” sequel. (Spoiler: Jolie died in a shooting blaze of glory in the first film.)

It would be a different role for her than the damsel who loved the vampire.

E! Online reported that KStew was his top choice for “Wanted 2,” with a returning James McAvoy.

Of course, “Wanted 2” doesn’t exist yet. It’s not in production yet. It’s not even close to production. Bekmambetov has plenty of other films in the queue, including “The Knights Templar,” and “Moby Dick.”