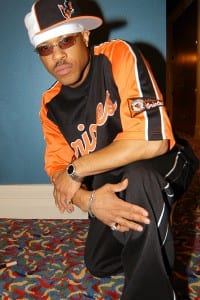 A month after having heart surgery, local rapper Gang Starr MC Guru has died at age 43.

MTV.com reported that the rapper, whose real name is Keith Elam, died from cancer. He had undergone surgery for a heart attack.

Born in Boston, Guru’s fame rose in the late 1980s when he was half of the duo Gang Starr with partner DJ Premier.

The duo was a major part of the underground rap scene in the 90s.