Microsoft is celebrating 1 million consoles sold in Australia and New Zealand with a limited time custom Xbox 360 system auction promotion, offering up some of the most dazzling systems ever seen.

The auction, dubbed “Konsoles for Kids,” is an effort to raise money for the David Peachey Foundation, to help promote the development of the indigenous youth in Australia.

Some of the one-of-a-kind systems are kind of lame. Like this Kelly Rowland or Russell Crowe branded Xboxs.

But Microsoft has today, put up a Halo Xbox 360. Designed by Richard Taylor from WETA Workshop (the team that did special effects in the LOTR movies) this diorama of sorts is one spectacle to behold and the winner should be overjoyed to take this one home. 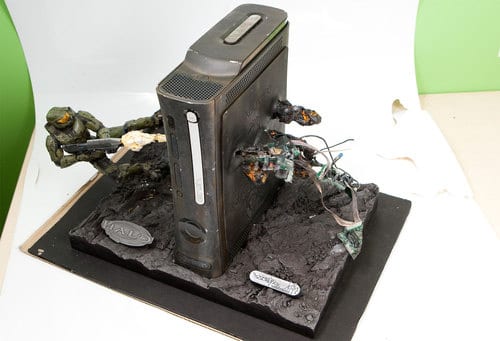 Pick your jaw up.

If you feel like placing bids, head over to the promotion page at Xbox.com and get started. It’s all in Australian monies, but you can convert that, right?