The Sun is today reporting that a four-year-old boy from England found a little hash when he was looking for smash.

Riley Brown, of Littlehampton in West Sussex, England opened up a copy of “Fight Night Round 4” for Xbox 360, a game which his father bought him (idiot dad!) second hand at a Blockbuster, and behind the  game’s manual, he found some marijuana.

“He’d only been playing the game ten minutes when he came down with the bag in his hand and asked, ‘Daddy, what’s this?'”, Andy says. “I checked and realised. I was horrified and took it off him straight away.”

“But what if he’d thought it was sweets, and started munching away? It doesn’t bear thinking about.” 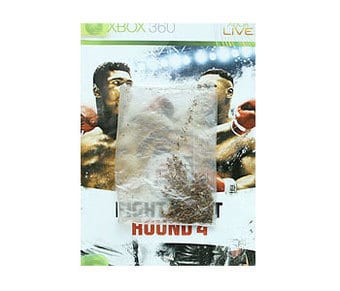 Perhaps with the International Stoner Day of 420 rapidly approaching, some generous gamer donated a few puffs of his favorite strand for a lucky gamer to enjoy when playing the fighting game.

We can only speculate, but, if little Riley had ingested the cannabis, the situation would have likely played out like this.