The movies destined to make the biggest splash at Cannes this year aren’t even competing for the Palm d’Or.

In what has become a tradition, the opening night film is an upcoming summer blockbuster. The premiere of "Robin Hood," Ridley Scott and Russell Crowe’s return to the summer action epic 10 years after "Gladiator," will kick off this year’s festival.

Hopefully, "Robin Hood" will prove to be a better film than past opening night films- "The Da Vinci Code" opened the festival in 2006 and "Indiana Jones and the Kingdom of the Crystal Skull" had the honor in 2008. While both were blockbusters, neither was particularly well received critically. 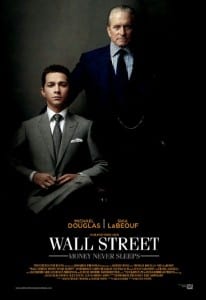 Other high profile film’s screening out of competition include Oliver Stone’s "Wall Street: Money Never Sleeps." The hotly anticipated sequel features Michael Douglas returning to his Oscar-winning role as Gordon "greed is good" Gekko. The film also stars rising stars Shia LaBeouf and Carey Mulligan. Woody Allen’s newest "You Will Meet a Tall Dark Stranger is also screening out of competition. While not much is known about the plot, Allen’s latest features an all-star cast including Josh Brolin, Anthony Hopkins and Naomi Watts.

Speaking of Watts, she is the star of the only American film that was accepted into main competition. She stars as outed CIA agent Valerie Plame in Doug Liman’s "Fair Game." Sean Penn co-stars as her husband, Joseph Wilson. This is the second time Watts and Penn have worked together. They previously appeared together in