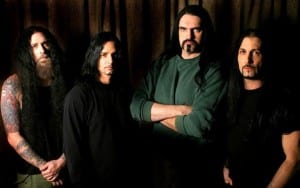 A sad day for metal heads.

Peter Steele, the lead singer and bassist of the goth metal band, Type O Negative, has died, according to multiple news reports.

Steele, who’s death was faked in 2005, battled drug abuse and depression for years but had been appearing to turn his life around in recent years.

As a singer, Steele was known for having a rich, baritone voice that resonated with the band’s Gothic style.