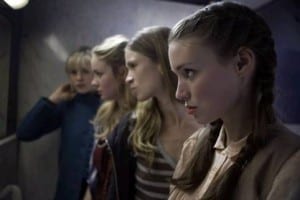 Tatiana Von Furstenberg, daughter of the fashion designer Diane Von Furstenberg, has co-directed/wrote a coming of age film with friend Francesca Gregorini. The film is loosely based on their experiences in boarding school.

Tanner Hall takes a look inside the world of an all girl boarding school which is located in a run down, but cozy New England town. The film focuses on the stories of four teenage girls whose friendship is jeopardized by the arrival of a new girl. The protagonist finds love in her secret world of after school dates with a married man. All of the girls embark on life altering journeys which will eventually define who they become. The adults in their lives struggle with the equally challenging struggles of middle age.

Furstenberg and Gregorini wanted to create a timeless piece; one that isn’t bound to any specific decade. They wanted the film to remind people of a time in their life where everything was new and anything was possible. The music, furniture, cars, costumes, and hairstyles were all influenced by different decades in order to create a world that is essentially suspended in time. Diane von Furstenberg designed all of the costumes for the film.

Tanner Hall received great reviews at the Toronto International Film Festival. It is currently being shown at the 15th Anniversary of the Gen Art Film Festival through today.