505 Games have announced what looks to be an absolutely miserable Nintendo DS title revolving around the “Mean Girls” universe for Nintendo DS today and Lindsay Lohan didn’t make the cover cut.

The game will feature a slew of themed mini-games and environments from the iconic film but the game’s product description is a real winner. Find it below.

“Rumors. Lies. Intrigue. It’s High School. Based on the hit Paramount movie. Follow the misadventures of Cady from Jingle Bell Rock to the School Prom. Go up against plasFcs, jocks, art freaks and mathletes, as you work to play the cliques against each other and become the high school prom queen!”

Who’s on the cover? None of than the plastic posse. Notice Lindsay Lohan isn’t there. But that makes sense, as her character was never a true plastic. No matter, Rachel McAdams is clearly better looking anyway. 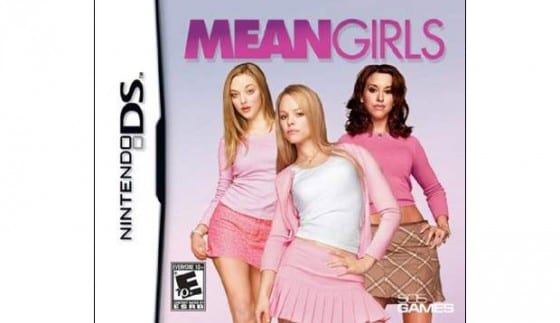 If you can get past the fact this game is arriving six years too late, head over to the game’s GameStop page and reserve yourself a copy. It’s due out for DS on the first of June.