In exactly one month, Bungie will unleash the Halo: Reach multiplayer beta for the world to eat up, but so far, the Halo faithful have only had the one extremely teasing trailer to go on.

Last night, Bungie cleared the muddy waters and explained most of what we saw in that trailer and why the game will roll heads next month.

First off, Elites in Halo: Reach will be bigger, faster and have better shield technology than their Spartan counterparts. So as you’d expect, matchmaking options (for the most part says Bungie) will be limited to Spartan vs. Spartan or Elite vs. Elite. 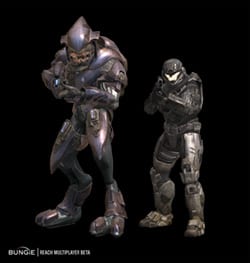 The next significant difference in Halo: Reach from Halo 3 is the game’s inclusion of Load Outs. Similar to that of Call of Duty, you’ll have a chance to select a Load Out before a match starts. In it is a weapon, 2-3 grenades, and an Armor Ability (more on that later). You can’t customize your Load Outs and power weapons like the rocket launcher and sniper rifle will have to picked up out on the map, like Halo 3. 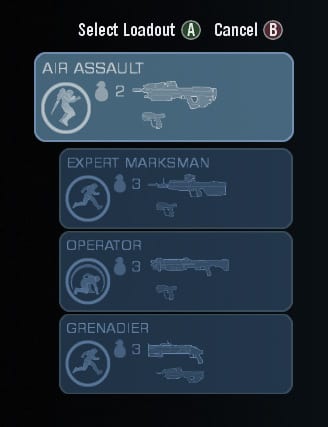 Next, Armor Abilities. These, like the power ups in Halo 3, will likely be a huge part of the online experience. Of course there’s Active Camo, but the new one, Armor Lock, looks intriguing. What it offers is a burst of invincibility. You won’t be able to move when it’s used, but you’ll shed plasma, destroy nearby vehicles and look completely rad doing it. Just don’t use it out in the open, because when it expires, so will you. Others include Sprint, Roll and the always awesome; Jetpack. 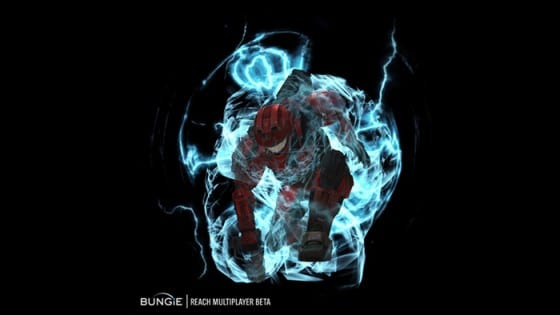 In terms of weapons, we won’t steal any more of Bungie’s thunder (not that we really could) so be sure to read the full, far more detailed and image laden post over at Bungie.net, but you should know the “four shot kill” is gone in Halo: Reach. It’ll now take 5 well placed rounds to down an enemy. Looks like all those kids with “fourshothero” GamerTags will need to change!