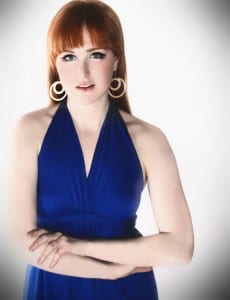 Listen to the White Rose’s "Take Back your Mind," and you might not know the lead is a 21-year-old from Berklee College of Music, until you get past the Grace Slick vocals and the intricate, driving blues-rock guitar, and listen to the vocals on "Drive."

Yes, she’s talking about being a recent college grad, flailing around for a job in one of the worst recessions the country’s ever seen.

Is it a new theme? No. But coming from someone who, herself, is wondering where she’s going to go after she’s done with Berklee, it resonates much more than Jay-Z rapping about money problems.

Hearing "Drive" is unique for a 20-something: immediately you know Heather Rose, lead guitar, vocals and band leader, knows what you’re going through — because she’s there too. "It’s funny," she said laughing over the phone. "Poking fun at this whole situation — I’m all about, if something sucks, laugh at it."

While Rose doesn’t see herself in the in-crowd of Boston’s rock scene, with its harsh rock and jangly pop, she said her music does fit in to a larger aspect of the city’s tapestry: its youth. Boston is a young, young city, with many residents who stick around for four years, tops.

"One way my music does fit in with Boston is it’s targeted at young adults,” she said. “It’s hard, life is hard, and we’re all figuring it out at the same time."

The White Roses leader has been recording since she was in high school in San Francisco, experience she continues to draw on as her career gets off the ground.

Rose grew up with music, listening to the Doors, Rolling Stone, Pink Floyd, the classics. She discovered Janis Joplin and Jefferson Airplane in college. Since her first record, she said, she’s made two albums since, and each time she learns something.

So where did it start? On the streets, at open mics, wherever. In a telephone interview, she told me she and her friend Emily, the first White Roses lineup, "performed every week at this open mic, we played the streets a lot, and at the end of high school we put an album together."

She’s watched herself grow up in her music, and called it a revealing experience. "It’s a good and a bad thing, watching an artist develop into the person they are."

Will retrospection continue after college? Maybe, she said. Her latest record is very much forward-looking, wondering about her place in the "new economy," something Rose freely admitted she’d have a different perspective. "Most of the songs were written in my naive state," Rose said self-effacing, "being a young adult, trying to figure my life out. Maybe I’ll look back and say, huh, I didn’t have to worry so much."