Sega Europe today confirmed the existence of High Voltage’s “The Conduit 2” and unleashed some beautifully explosive screenshots to make us needy gamers happy. 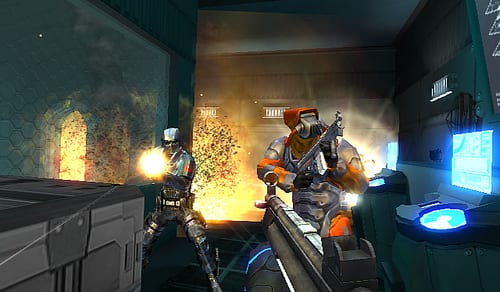 See the rest of the screens at the Sega blog

Like the original, this Wii exclusive looks pretty (for a Wii game) but the sequel has four-player co-op, which we guess will likely drop the frame rate significantly.

We won’t steal Sega’s thunder. Check out the rest of the shots at the Sega Europe blog.