High Voltage’s “The Conduit” – a Wii game that didn’t sell so well, but was adored for its seemingly wonderful visuals, is getting a sequel, the latest issue of Nintendo Power today confirms.

Spotted on GoNintendo were the details including the return of the Bounty Hunter mode as well as a host of new gameplay types both on and offline. 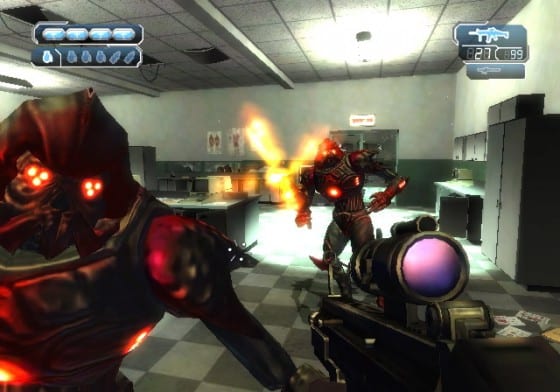 Maybe what’s more interesting is the game’s new character class system. In it, gamers can upgrade their suits with items bearing unique attributes. One of those items is robotic legs which grants the player faster movement on the ground.

Online competitive multiplayer will return in The Conduit 2 as well as a four player co-op (split-screen or online) Invasion mode yet to be specified further but sounds a lot like a horde mode of sorts.

“Their first order of business: expanding the game’s scope, “In the first Conduit, I think the core experience is very sold,” says producer Josh Olson.”

All of this news sounds wonderful. The original was a better than average Wii game, that, in my estimation, had potential. Perhaps with Wii MotionPlus enhancement and more polish, The Conduit 2 could be a great one.