Disney Interactive Studios, the publisher that brought you the much beloved ATV racer "Pure," came to PAX with guns blazing. And by guns blazing I mean showing off their latest racing title.

It’s called Split/Second and, from the brief time I had with it on the show floor at PAX East last weekend, it certainly feels like it has its head screwed on right.

What the hell is it? All right, try this. Morph the pretty environments of Need For Speed with the handling of Forza and infuse it with a shot of arcade, and you’ve got Split/Second.

My time with it, limited to one race with a Disney representative telling me what I was seeing by my side, was enough to remind me that the racing genre is one I used to love and can love again, provided this game follows through. 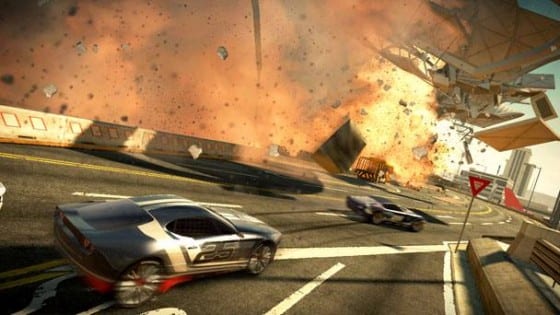 What is it though? In the nuttiest of nutshells, it’s an arcade racer. As you slip, slide and e-brake around corners, a bar, at the bottom of your screen begins to fill up. Fill it up enough and you’ve got the ability to smash vehicles in front of you by way of special power-ups.

Fill this meter up to the point of near overflow, and you’ll wreak some serious havoc on your fellow racers. While I never achieved this, the Disney person told me these finishing moves of sorts were "fantastic."

The other intriguing facet of Split/Second was its dynamic environment. Thank you!

In the game, the race track dynamically changes with each completion of a lap. This adds a considerable amount of variance to the game because (and I can’t completely accurately speculate because I never was), if you’re in the lead, you might not remain in the lead because the environment always changes. 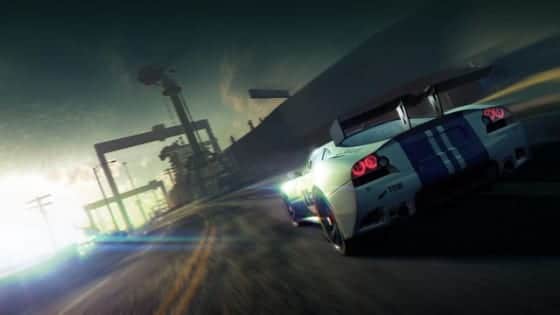 During a part of my second lap, a tanker truck breached a wall and exploded in fiery flames right in front of me. Should I swerve to the left? To the right? Barrel straight through it? I had no idea because I hadn’t seen it during the previous lap.

The game races along at a breakneck pace and, thankfully, the frame rate (at least in my demo), never lagged a bit and was always smooth and fluent.

Split/Second allows for both split-screen co-op and online multiplayer, providing gamers the opportunity to race traditionally in the heat of the living room, or the new way, across the Internet. Choices are definitely great.

My Disney representative said there’s a lot to the game the company plans on announcing in the coming months leading up to its release. Naturally, I wanted to know more, but also naturally, she could say nothing.

Split/Second comes to Xbox 360 and PlayStation 3 in May.