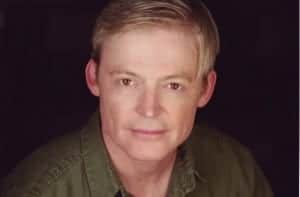 A Boston native, actor and director Allyn Burrows, has made his way home. “It was the subway,” he says, that brought him back from New York. “Too much time underground.”

Burrows graduated from Boston University and began his career in theater with stints at the Lyric in Boston, the A.R.T. in Cambridge, the Merrimack Rep. in Lowell and the New Rep. in Watertown before heading to New York where he worked off-Broadway and eventually toured regional theaters around the country.

"Allyn embodies the aesthetic and working vision of A.S.P.," said search committee chair and A.S.P. board member, Cynthia Good, in a March 2 press release. "He comes to us understanding the vibrancy of the language of Shakespeare and the collaborative nature of our work with the company and the community. He will help us move into the next phase of our future."

Burrows, an Eliot Award Winner, comes to the A.S.P. to listen and be heardâ€”mostly, he suggests, to listen. “I cut my teeth at Shakespeare and Company he says, referring to the Massachusetts institution in the Berkshires, “I want to take the best parts of that and bring it here. To emphasize that.”

"That," for Burrows, is a collaborative actor-director stake holding, in A.S.P.’s terms, "a resident acting company," a picture which Burrows paints as a family with raucous round-table dinners and no one player holding the conch. “After all, it was Hemmings and Condell who gave us Shakespeare in the first place,” says Burrows, citing the friends and former stage managers of Shakespeare who published the "first folio" after his death. ¨19 heads," he adds, "are better than one.”

Since 2004, a spirit of collaboration has ruled Actor’s Shakespeare Project. This plays out not only internally, but also by involving groups like Boston’s Arts Academy in their productions and by performing in both traditional and non-tradition theater spaces in different neighborhoods throughout the city in an attempt to bring people together.

“It’s about the clarity of storytelling in different venues, unusual venues,” Burrows explains, “The story has to involve the space and the audience has to be a major player in it.” Of course not any space will do (“like are there bathrooms?”), but Burrows yields little else in his approach. His aesthetic is minimalistic, and he seeks above all to bind audiences to the spell of Shakespeare’s words. “We are a voice and text based company. Our productions rely on the relationships occurring on stage.”

For his first season as Artistic Director, Burrows reports “a tight, tight schedule — a huge chunk of meat to be gnawing on.” The feast begins with a rich trio of histories. “The time is right for histories," he explains. "Maybe it has to do with the president we have in the white house or maybe we just have more time to think about things.”

At present, Burrows is looking forward to stepping into the title role in the “Timon of Athens” next month. “Its a great story,” he says, “Timon goes to the woods, subsists on roots and dies a wretched death in a cave.”

It sounds like an ominous journey, but perhaps it beats the New York subways.