Splinter Cell: Conviction is a game many thought they’d never play. With its rampant delays and total campaign overhaul, fans became disenchanted. But with the game penciled in for a April 13 release, the end of the tunnel is nearly in sight.

But it gets better.

A demo for the title (involving the bathroom scene below) arrives exclusively on Xbox Live this Thursday, March 18. And if it’s anything like the trailer, might have to call out sick April 13 to play it all day. 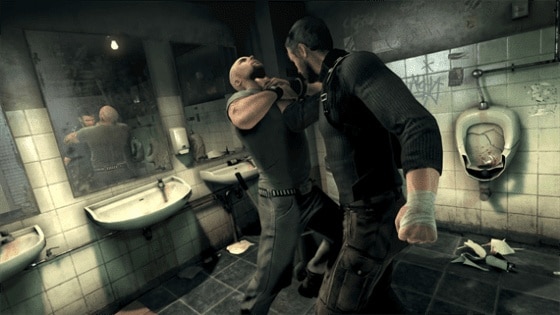 Sh*t is literally going to hit the fan

If Saint Patrick’s Day was nice to you and your hangover isn’t too overbearing, check out the demo, I know I will.