When Sony announced the PlayStation Move earlier this week at the 2010 Game Developers Conference, no one was very surprised or overly excited, Lionhead boss and Fable series designer Peter Molyneux included. He even likened the present motion control era to an arms race of sorts.

“We’re not really surprised, are we?” said Molyneux. “I mean, at E3 last year we saw they were having a wand, and that’s kind of what I expected. It looks like they’ve taken a step forward but it’s not as big a step as something like Natal, I don’t think. This is purely me talking personally, but I think maybe it’s slightly more a device for the core than it is for the casual market, because I think it’s quite precise. 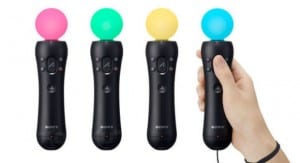 “As a designer it’s another one of those things I’d love to get my hands on and to play around with. As a consumer, everyone’s talking about motion control now — I mean, I’m starting to get confused. It’s kind of like the arms race, with the Wii MotionPlus and now the Sony Move and now I’m getting kind of confused.”

Right now I’m truly skeptical of Sony’s “Move.” I mean, I bought a Wii to play those types of games. If Sony incorporates Move to big-name titles, like the rumored Killzone 3, and I’m forced to buy this dongle, I won’t be too pleased. Just my thoughts though. What do you think?